Check out the recent press on one of the neighborhoods greatest kept secrets, Dell’z Deli!  For more on Dell’z in downtown Charleston’s Elliotborough neighborhood visit their facebook page 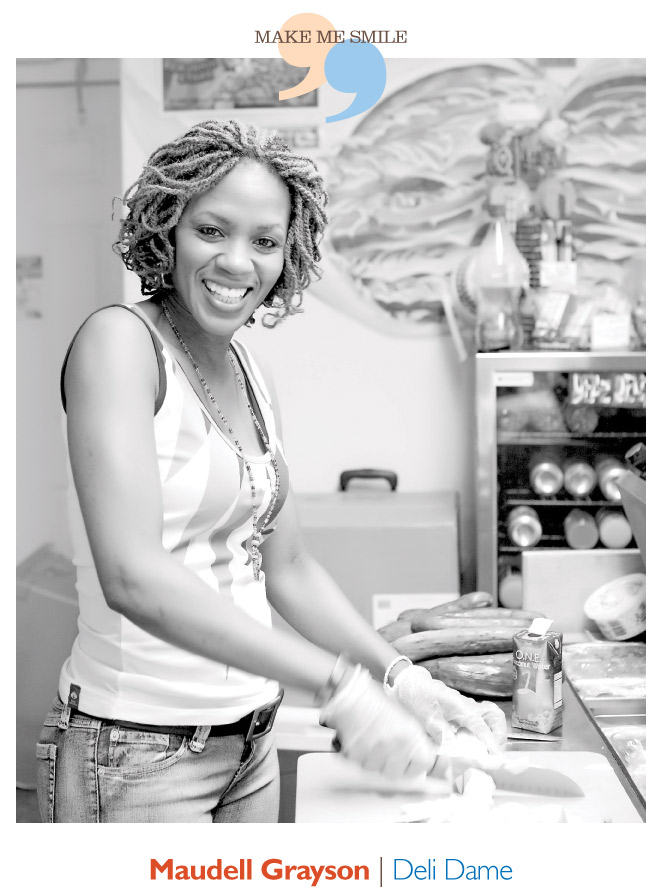 College grub ain’t what it used to be, at least not since Dell came along. Now, heaping helpings of organic veggies, healthy proteins and other lunch and late-night yummies—at non-heaping prices—keep students and hungry downtown professionals heading over to the corner of King and Cannon for mega-wraps and Dell’s multivitamin warmth. “This is my dream. It’s what I do, I cook. I’m all about health; everything here is good for you. I just love it,” says Dell, who moved to Charleston from Kansas City five years ago and has been waiting for the right time and place to realize her dream of opening Dell’z Deli. She loves catering to the college crowd. “They’re working hard, and I take care of them,” says Dell, who has four kids—including two college students—of her own. “People don’t just come here for the food, they come for Dell. I make people smile.”