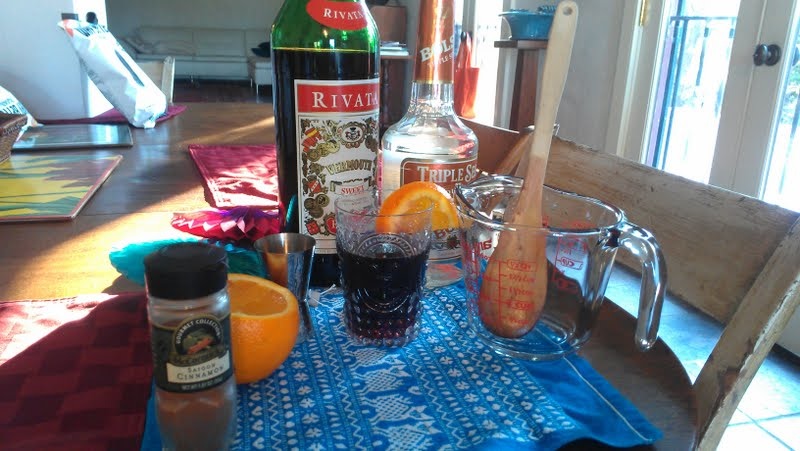 Despite the many events of today and the obvious allure of Santis (which must be mobbed) and Zia Taqueria (also mobbed) favorite local Charleston Mexican hot spots, I have decided to hang out with my neighbors in their lovely Longborough home, walking distance to my own, and make the following beverage: Currie’s famous 53 Cannon St Gallery Sangria
the recipe is as follows: 1.5 Liters of red wine (today I’m using Yellow Tail red zinfandel) 1.5 cups of sweet vermouth, 2 oz of triple sec, 2 cups of cranberry pomegranate juice, simple syrup (made with half a cup of water, half a cup of sugar simmered with cinnamon, cloves, ginger and orange peel), chill in fridge for a couple hours and finish with a spash of sprite and some cold orange slices.
Cheers Mexico: Here’s to you: In honor of what is not actually Mexican Independence Day but is actually in honor of the Battle of Puebla, which took place on May 5, 1862. In 1861, France sent a massive army to invade Mexico, as they wanted to collect on some war debts. The French army was much larger, better trained and equipped than the Mexicans struggling to defend the road to Mexico City. It rolled through Mexico until it reached Puebla, where the Mexicans made a valiant stand, and, against all logic, won a huge victory. It was short-lived, as the French army regrouped and continued; eventually taking Mexico City, but the euphoria of an unlikely victory against overwhelming odds is remembered every May fifth