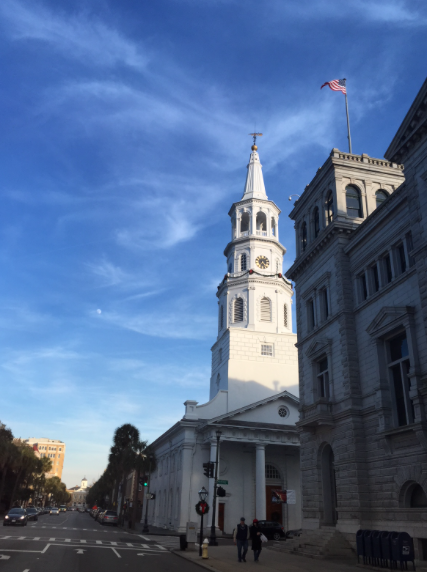 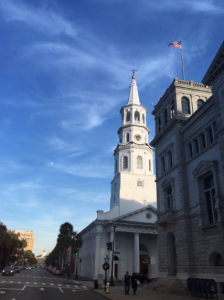 a lovely city with expensive houses

Charlestonians should be aware that a $20 million dollar incentive fund was voted in to the City’s budget to build new “low income housing”. The City of Charleston and her “partners” are taking on the lack of cheap rentals for the many people who work in the city by becoming landlords. Well, I’m not personally a huge fan of government run anything for obvious reasons, and I think the bureaucrats in this town need to steer clear of the housing business, big time. At a local neighborhood association meeting two days ago in downtown Charleston SC, Dudley Gregory (city council) and his opponent Amy Brennan spoke about issues facing the city and both touched on the lack of inexpensive housing as being a big issue. This seems absurd to me for a number of reasons 1. There are cheap apartments within commutable distance to Charleston 2. Our traffic issues demand that residents rely more heavily on public transportation 3. By providing inexpensive housing downtown for employees of local businesses you basically remove the need for reliance on public transportation. 4. The affordable housing in Charleston isn’t always a good deal for buyers, the housing can’t appreciate in the same way that “market” property can, it depreciates just as fast however, so owners must spend money to repair the home, but enjoy as small as some 6% appreciation in a city where a normal home owner can sometimes reach appreciation rates of as much as 25% a quarter. Take the example of someone who bought in The Cottages at Longborough, my neighborhood’s “work force housing” a buyer pays $150k for an apartment in a beautiful location where most homes are well over $500k, if that same buyer had taken his $150k to Park Circle, he would probably have made $100k plus in appreciation. Unfortunately the owner of The Cottages apartment will be forced to resell his unit back to the City for a max profit of $9,000. I ask you how this helps working people? Those four categories are just the beginning of the many things that don’t make sense about the City attempt to make life more fare for low wage employees. I lived downtown when apartments were cheap for low wage employees, I paid my $250 rent with wages earned working in a Pizza Parlor on Meeting Street. I was living on Ashley Avenue overlooking Cannon Park one of the prettiest locations in the city. Unfortunately young people like myself had been hard on the beautiful old victorian and the property managers even harder. It makes me happy to know that finally our old homes have the better custodians that higher rents make possible. To me our city is an artifact, and architectural ruin of sorts or an archeological dig. It is rare and magical and should be protected. I’m glad that good press has put the spotlight on Charleston SC. Cheap rentals mean butchered old homes, with lavish 19th century ball rooms busted into multiple apartments with no concern for historic fabric. Luckily those days are rapidly receding and home buyers seem to be more concerned with preservation than profit. So here is the City, voting money out of taxpayers wallets to fund housing that they can’t manage, can’t possibly provide enough of to make a dent in the demand, and will ultimately abandon. They say the man who doesn’t study history is doomed to repeat it. Can we not just study the natural evolutions of other cities that grew from small to large, take the good and the bad from the study and apply it? I give you Manhattan as a good model. Does the City provide enough low cost housing to provide all the bus boys a convenient and cheap place to crash? Councilman Gregory also suggested that the city is in talks to force downtown hotels to pay “a living wage” of $15 an hour to employees as well as creating housing options within the hotel developments. Does the City have enough of a tax base to defend all the potential law suits this invites? Do your own research and share your opinions in the comments:
City Paper housing article
Post and Courier Article on Housing “Crisis”
Post and Courier article on The Cottages at Longborough